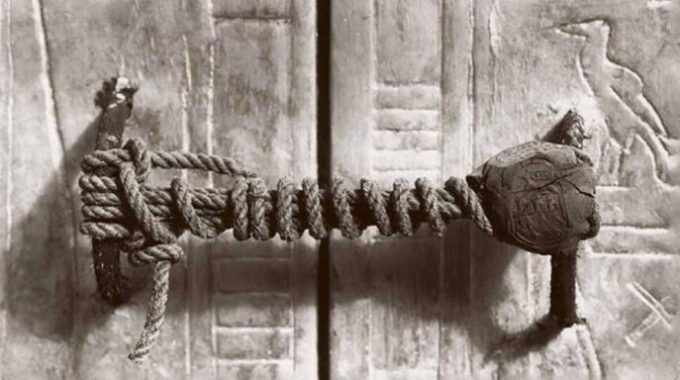 It was November 1922 when the British archaeologist Howard Carter discovered, in the Valley of the Kings in Egypt, the tomb of Pharaoh Tutankhamen, one of the few tombs of Ancient Egypt to have come down to us still intact. And guess what: when Carter arrived at the tomb he found himself in front of a seal still incredibly intact, a block of clay that stopped the rope tied to the handles.

Later, with the Romans seals were used almost exclusively as a closing tool, and it was only with the advent of the Middle Ages that the seal began to be used with the purpose it still has today, that of guaranteeing the authenticity of a product, of a document and of a letter in order to highlight attempts of tampering.

It is in this period that the use of ancient lead seals is placed: the first ones to use this new type of lead seals were the Venetian Republic and the Papal Chancellery. One thinks of the work of an amanuensis in copying a book, or of papal bulls, documents that needed a means of proof to guarantee their genuineness and juridical value. At first, wax seals were affixed to these documents and, later, the first prototypes of security seals, the so-called “bolle”, made of a lead disk crossed by some cords and on whose faces a logo, a symbol or initials were impressed. The use of ancient lead seals spread afterwards to the Roman imperial Chancellery, to the Carolingian Chancellery of Charlemagne up to the German emperors. And think, even then, to avoid theft and tampering, it was customary to frequently change the matrixes. That’s why, with the passing of time, there has been a real evolution in the world of seals. A significant role in all this was certainly played by the birth of the container, which took place in 1956 and, subsequently, in 1975 by the introduction of the unique numbering, a useful tool for accurate identification of lead seals first, and then of plastic seals.

With us, you will find a wide range of security seals, ready in stock with progressive numbering and with the possibility of customization with your logo, bar code and numbering: all to help you choose the level of security most suitable to your needs.

And in taking a further step forward in the universe of seals, we have created a line of products made of recycled plastic, a new range that we will be happy to present at the LET EXPO – LOGISTICS ECO TRANSPORT exhibition to be held at Verona Fiere from 16 to 19 March 2022. We are waiting for you!